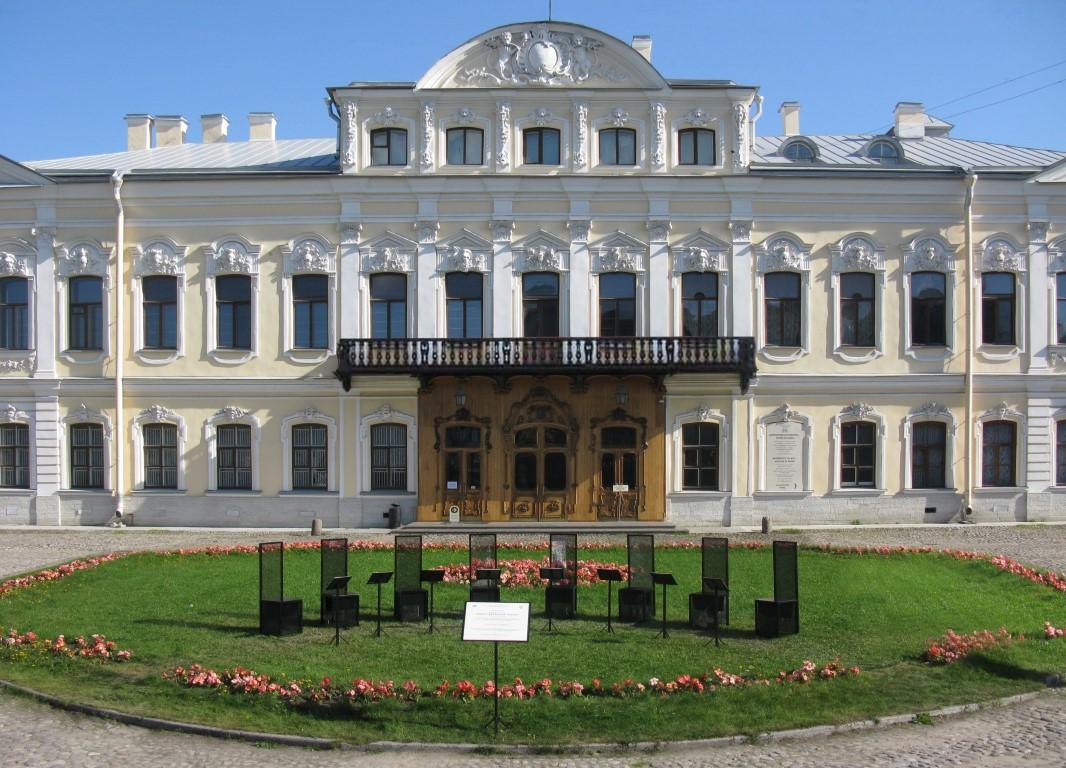 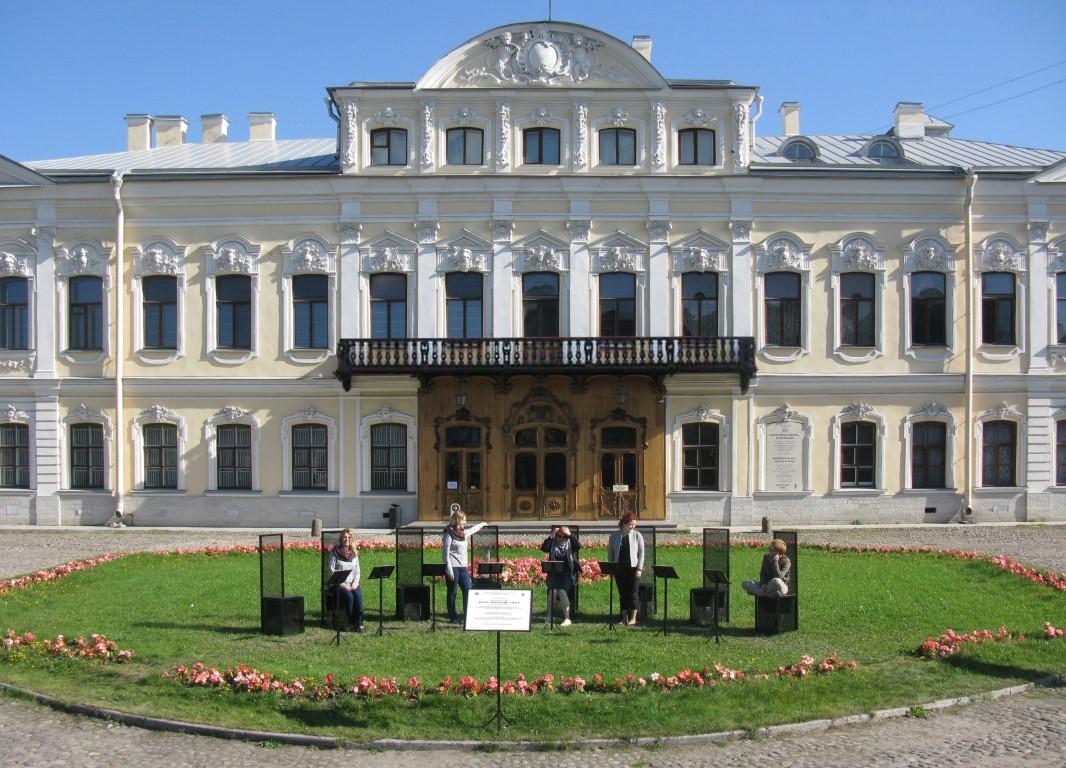 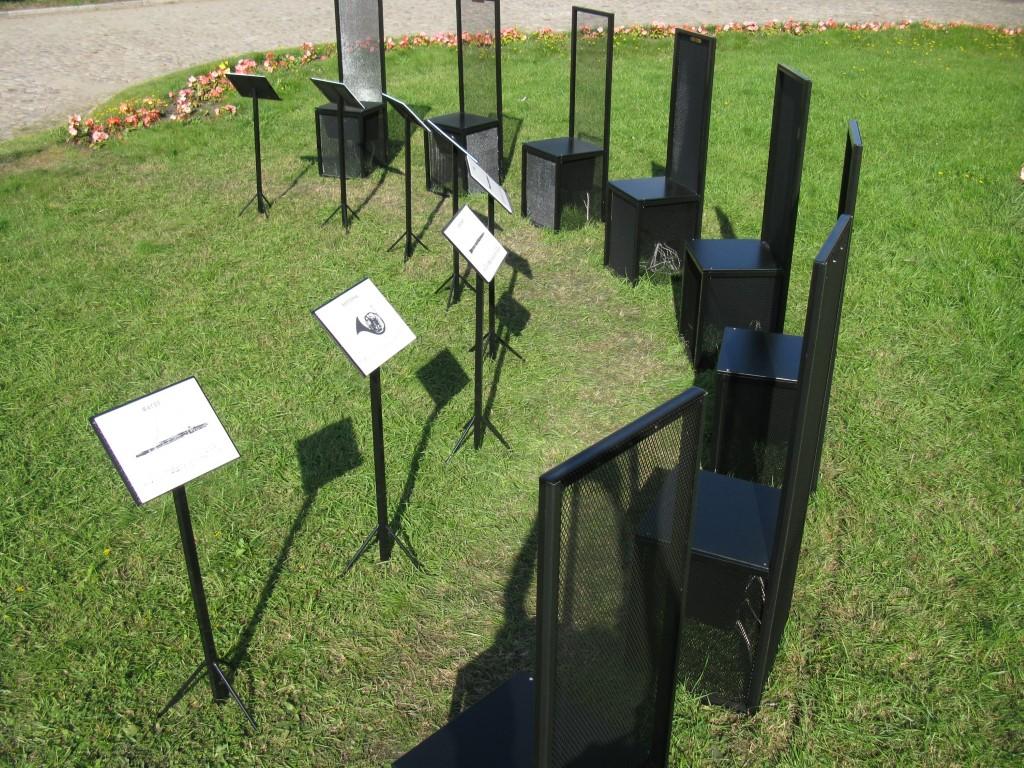 Concerto for Eight Chairs is an interactive audio installation that makes it possible for viewers to spend time inside the music, to feel as if they are part of it, and be a member of a chamber orchestra if only for a few minutes.
Eight chairs have been placed on the lawn in front of the Sheremetev Palace (the home of the St. Petersburg State Museum of Theater and Music). The musicians are missing, but Mozart’s Serenade in C Minor K. 388 is quietly playing. The signage on the music stand in front of each chair shows who should be playing there according to the strict rules of ensemble seating: the bassoonist, the cellist, the clarinetist or the violinists. If you sit on the clarinetist’s chair, the clarinet will sound as loudly as if you were holding it in your own hands. Move to the cellist’s chair, and you will found out what she is playing at the moment according to the composer’s score. And what will happen if you sit down on several chairs or all of them at once? You can experiment and feel like you are the conductor!
The installation Concerto for Eight Chairs is technologically ingenious, but simple in conception. The experiment makes it possible to understand in practical terms how orchestral music is organized, to follow as a musical whole emerges from the parts played by the individual instruments. You just need to sit on a few chairs.
The project was created for the general public without age restrictions, but it has been specially adapted to the needs of the visually impaired. All the images of the instruments are embossed, and the texts have been duplicated in Braille.