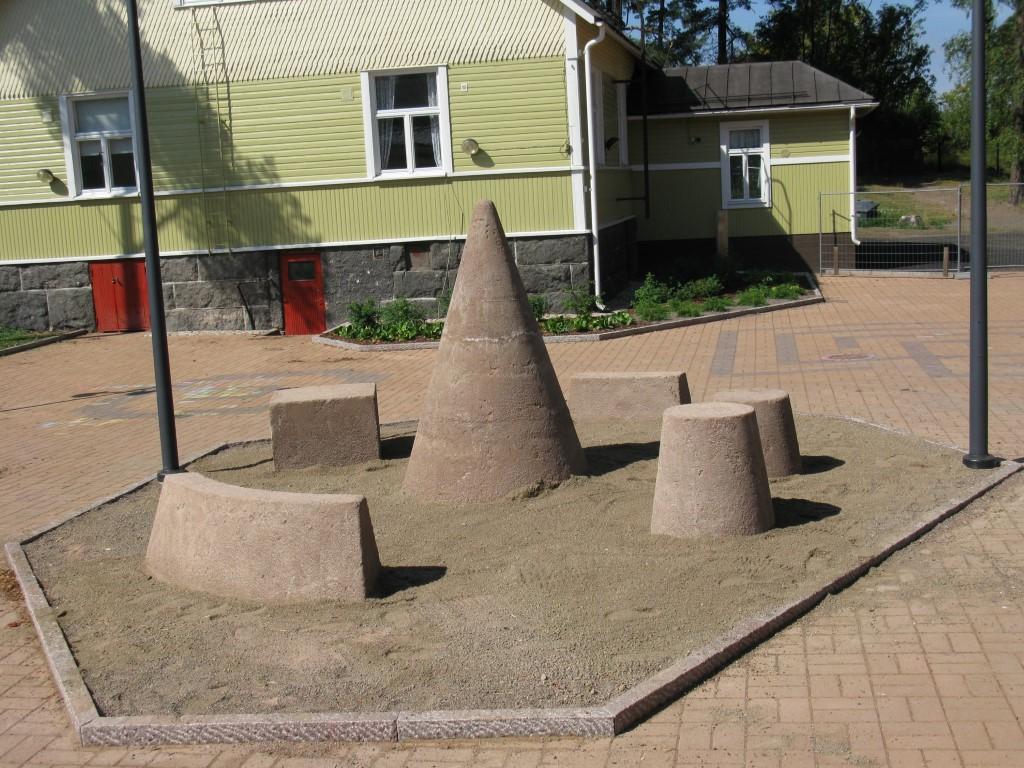 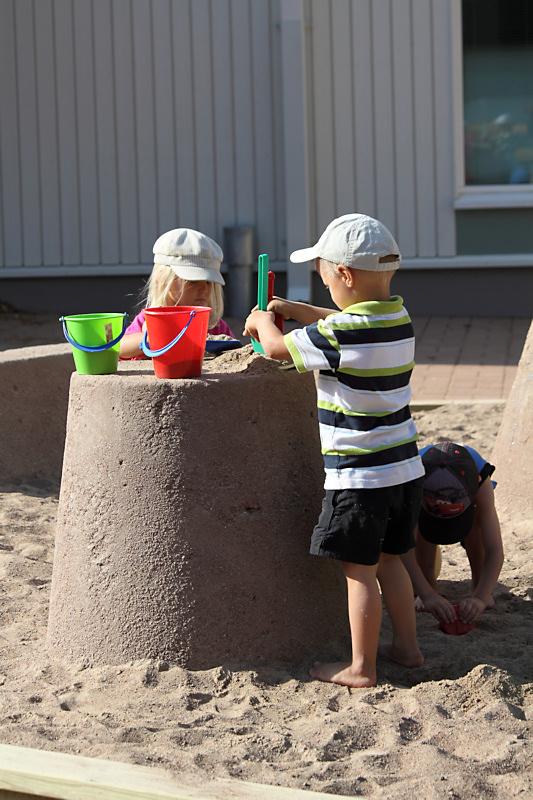 This art object was commissioned by the city of Kotka during the construction of a new daycare center. My intent was to make art that would be integrated into the kindergarten’s everyday life and would stimulate the children’s natural creativity. I came up with an idea of placing my art piece outside of the building, in the sandbox, which is the place of kids’ ceaseless creative work. Together with my assistants we shaped huge sand cakes as simple geometrical forms. These forms are extremely firm because they are made of reinforced colored concrete and covered with a layer of epoxy and natural sand to make them look soft and moldable like real sand cakes. Except for the highest object, the cone, all other objects may be used by children as safe working surfaces and bases for their own creations. In one spot, I have created a permanent basement for a constantly changing sand castle, where children can build and rebuild their own sand cakes, walls and towers on top of my foundation and around it. I would be happy to create similar objects based on the same idea but distinct from these original sand cakes for any other kindergarten in Finland or abroad.