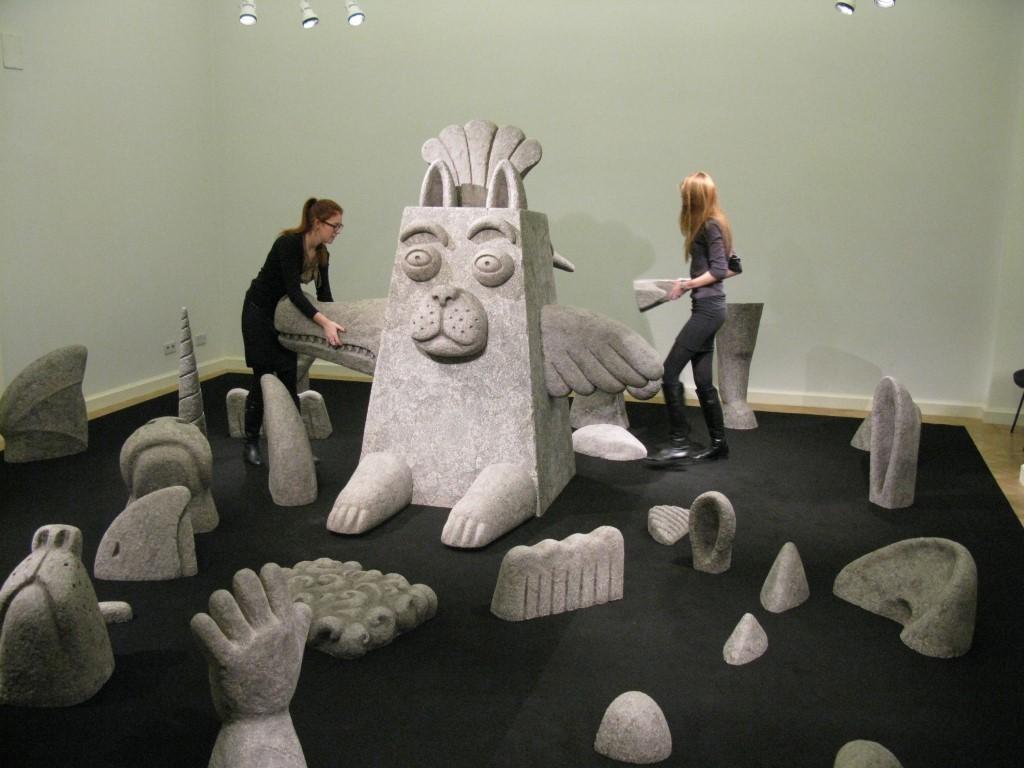 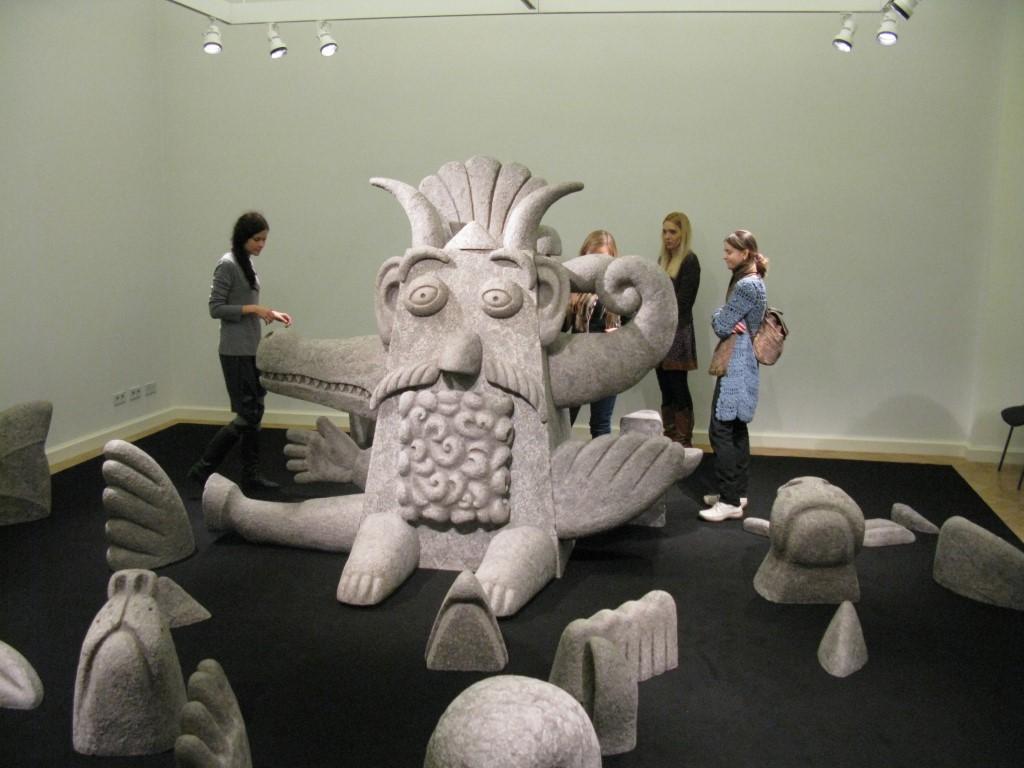 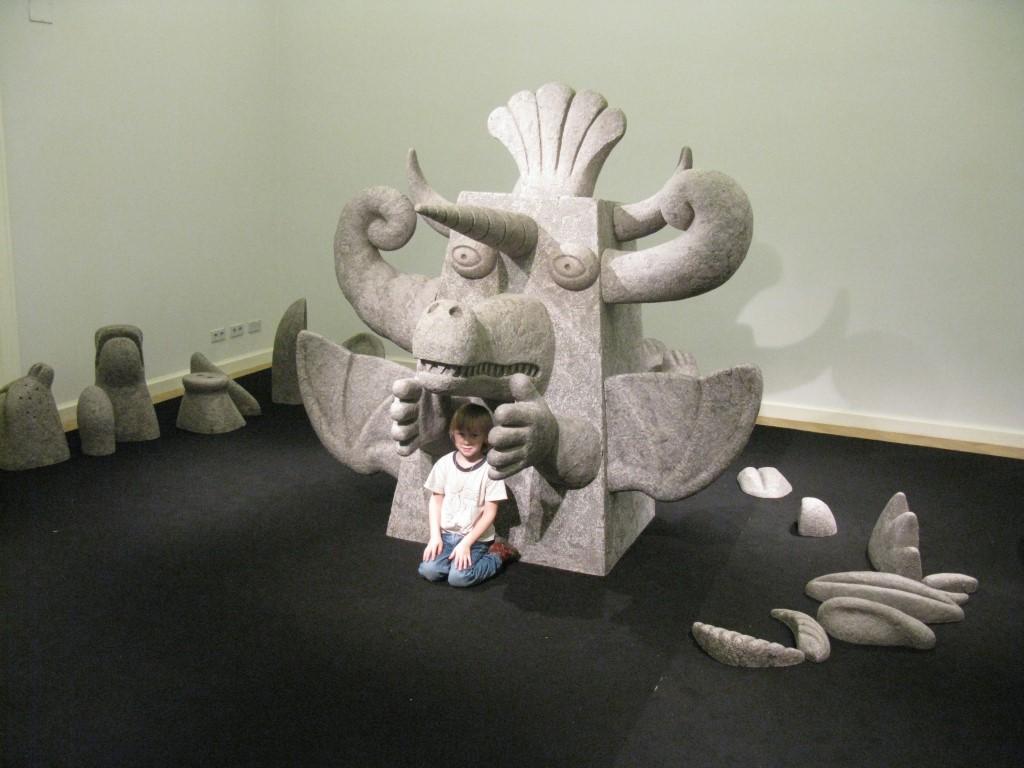 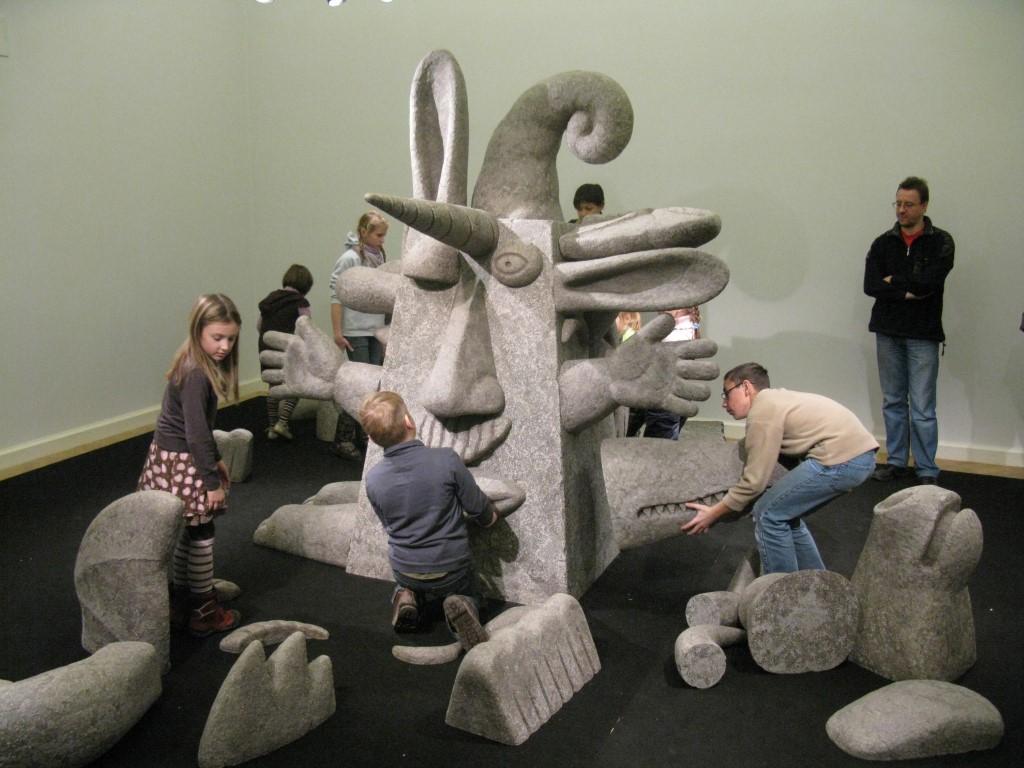 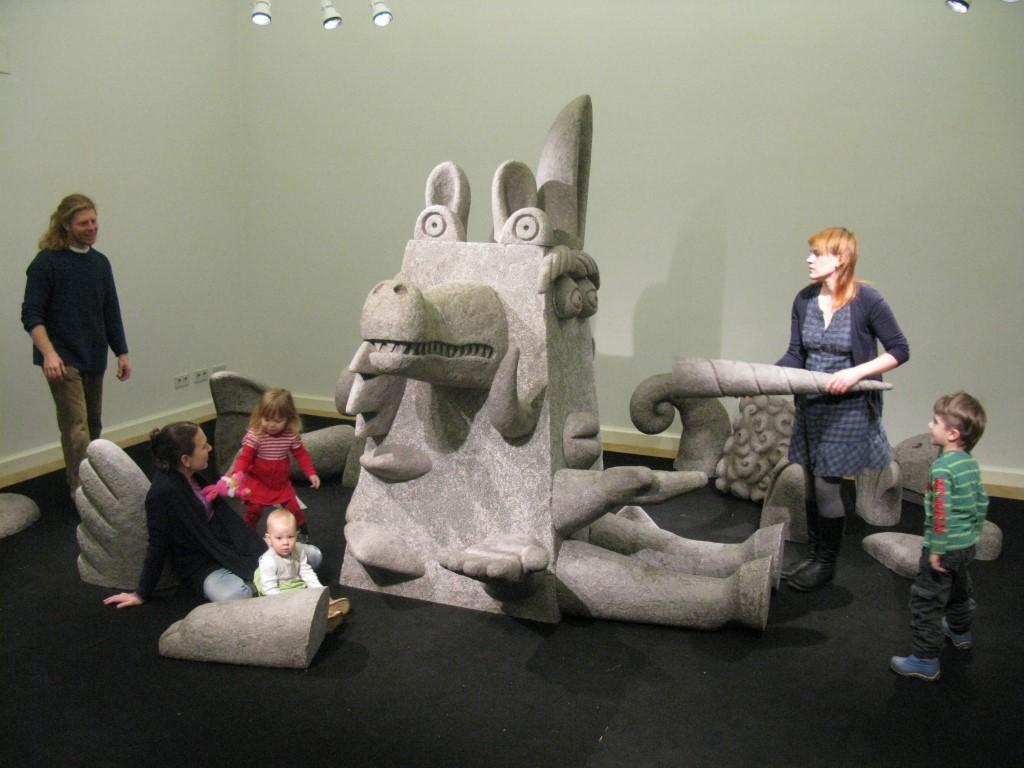 Mutatis Mutandis (Lat. for ”the necessary changes having been made”) casts viewers in the role of active participants who transfigure the exhibit in the course of an ongoing performance. As co-creators, visitors fashion incredible images from the forms supplied by the artist. The exhibition itself consists of a monumental form reminiscent of a menhir and a set of anthropomorphic and zoo-morphic parts resembling a Lego set. You can replace a human nose with a dog’s, borrow eyes from a frog, and attach wings, paws, and a tail. The transition from humans to animals and various imaginary creatures is smooth and natural. With fragments of “ancient” sculptures scattered on the floor, the exposition resembles a ruin or an archaeological dig, and the performance itself, an attempt by scientists and conservators to reconstruct historical monuments from the wreckage.
The first small version of this project has been exhibited in the Youth Education Center of the State Hermitage Museum (St. Petersburg, December 2011, curator M.Maguidovich). Several dozens of new sculpture parts and two basic shapes have been produced after that for the exhibition in the Annantalo art center (Helsinki, 2012).