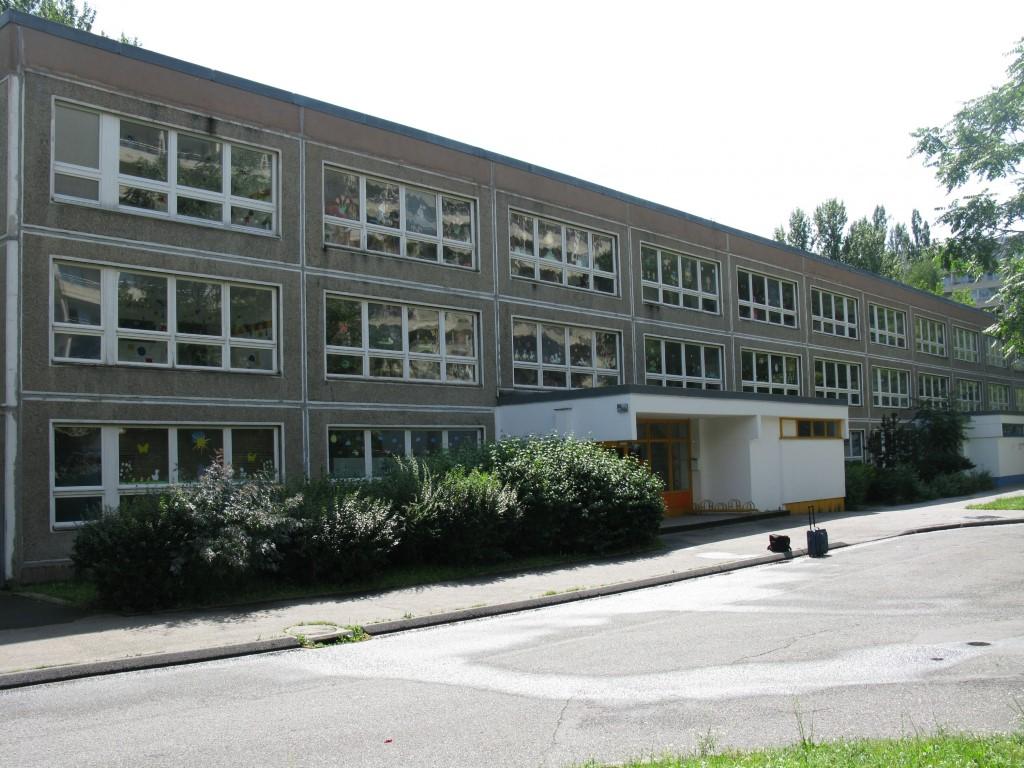 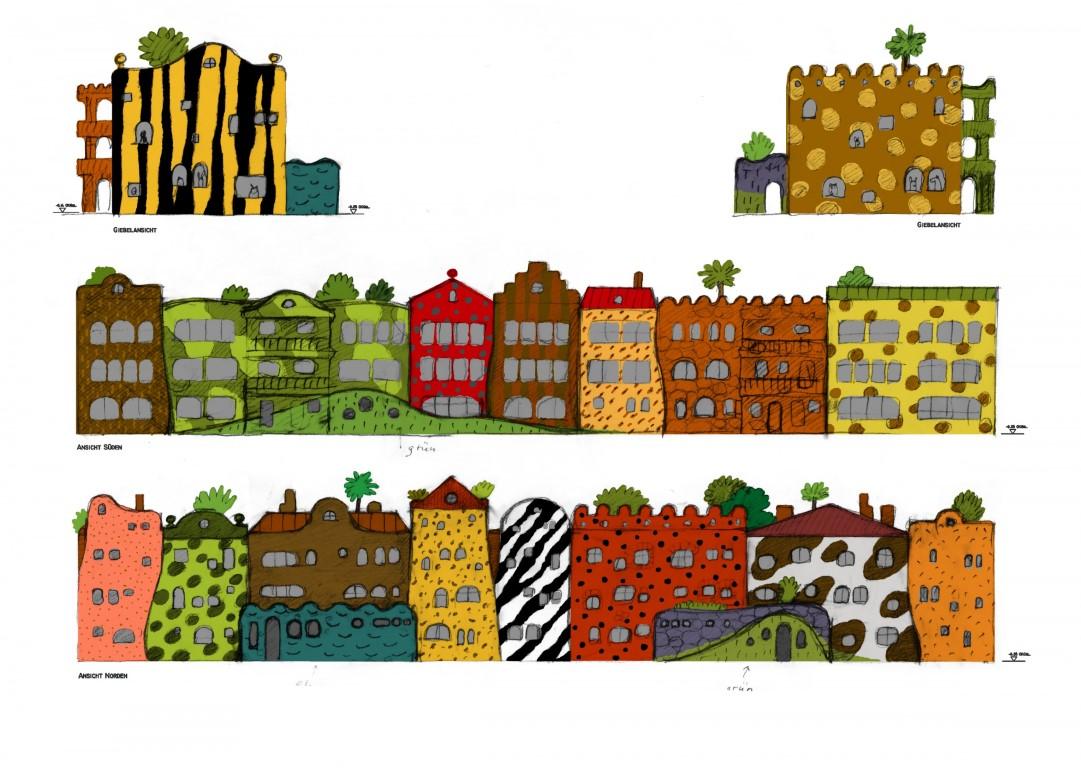 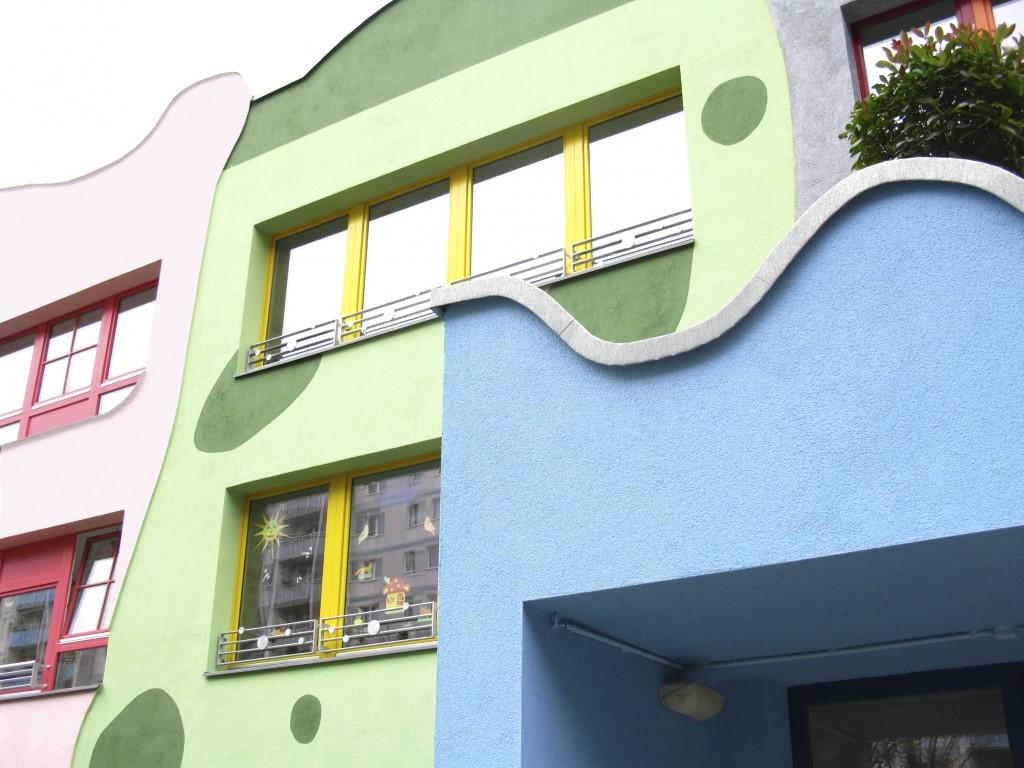 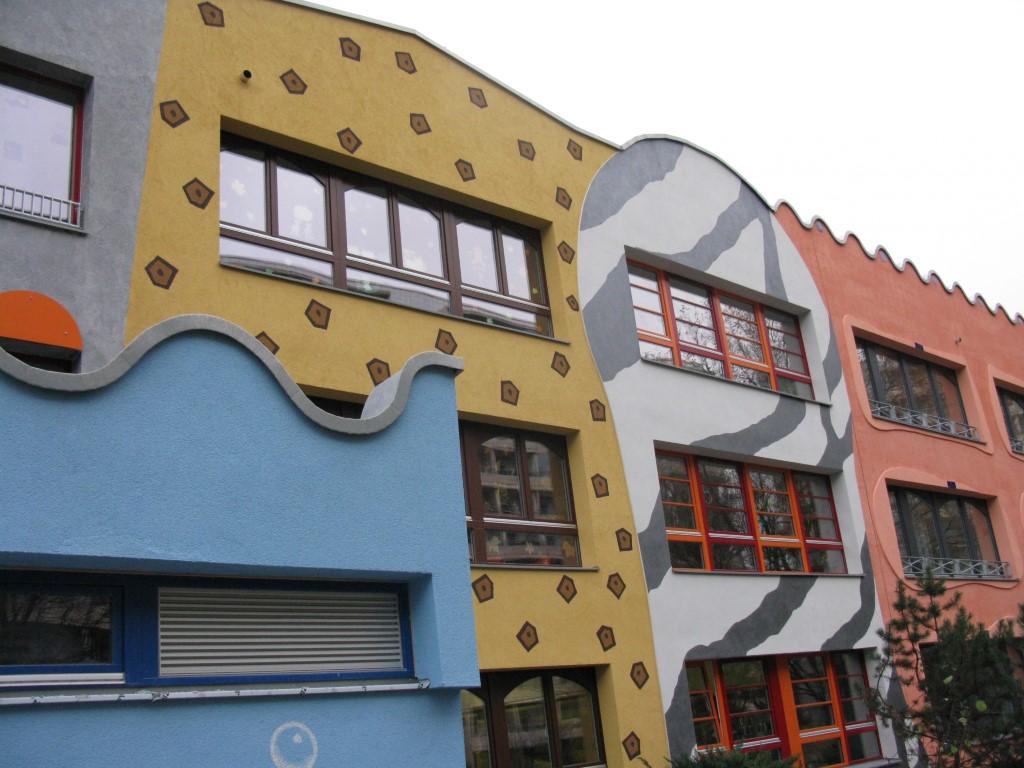 The challenge of this project was to transform a boring concrete building from the East Germany-era into a colorful and inviting palace for children. The building was located in Berlin and it housed a German-Russian kindergarten called Teremok. Teremok is the name of a tall and funny house, which figures prominently in the Russian fairy tales as a place where different animals (mice, frogs, hares, foxes and even bears) live peacefully under one roof. But our project site was practically the opposite of the fairy-tale image of Teremok. My decision was to redesign all facades of the building and to split the long boring surfaces into many small ”Teremoks,” as if there were a whole block of fairy tale houses build side by side. Each “Teremok” was designed to represent a certain animal. As a result, there was a green frog-house, a brown-and-white cow-house, a pink pig-house and a few others, while the concept as a whole stood for tolerance and diversity. I replaced straight and symmetrical lines and shapes of the building with organic curves, and gray concrete surfaces with colorful structures and ornaments, and I also suggested planting several trees and bushes on the roof. Unfortunately, I was given only the opportunity to create the design, but I had no influence over the actual renovation process. As a result, I am not completely satisfied with the end product, but people tell me (and I share their view) that the new Teremok still looks much better than the original building.