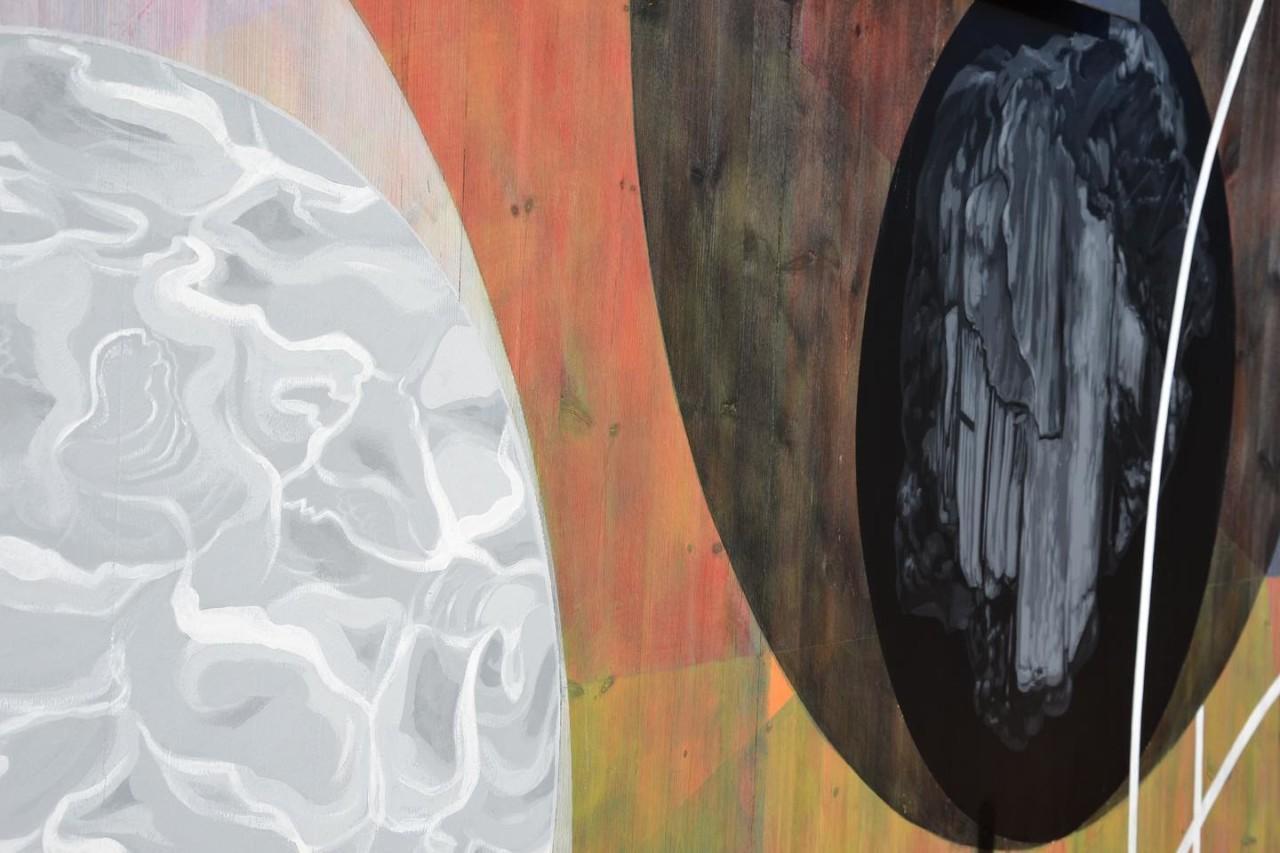 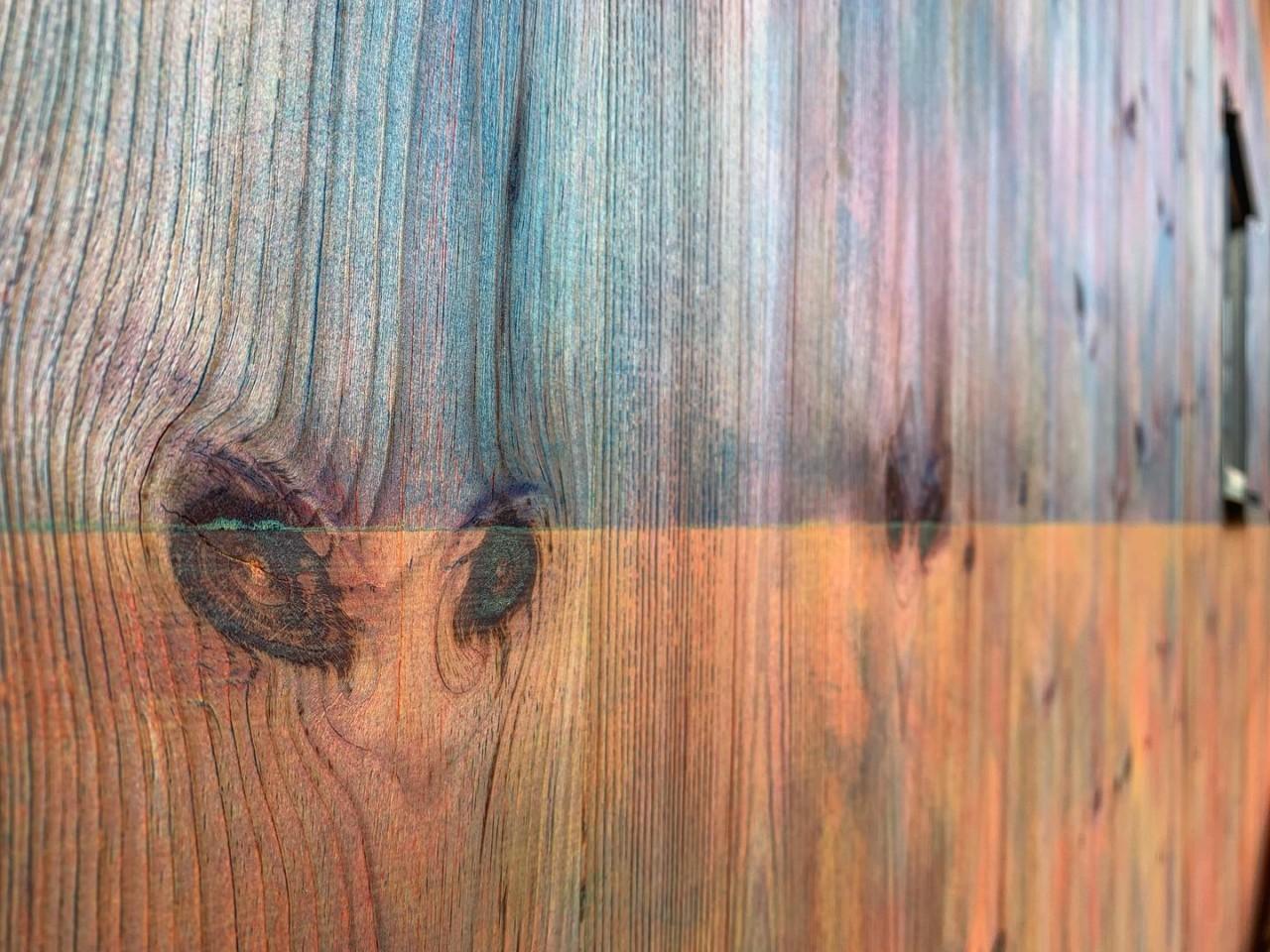 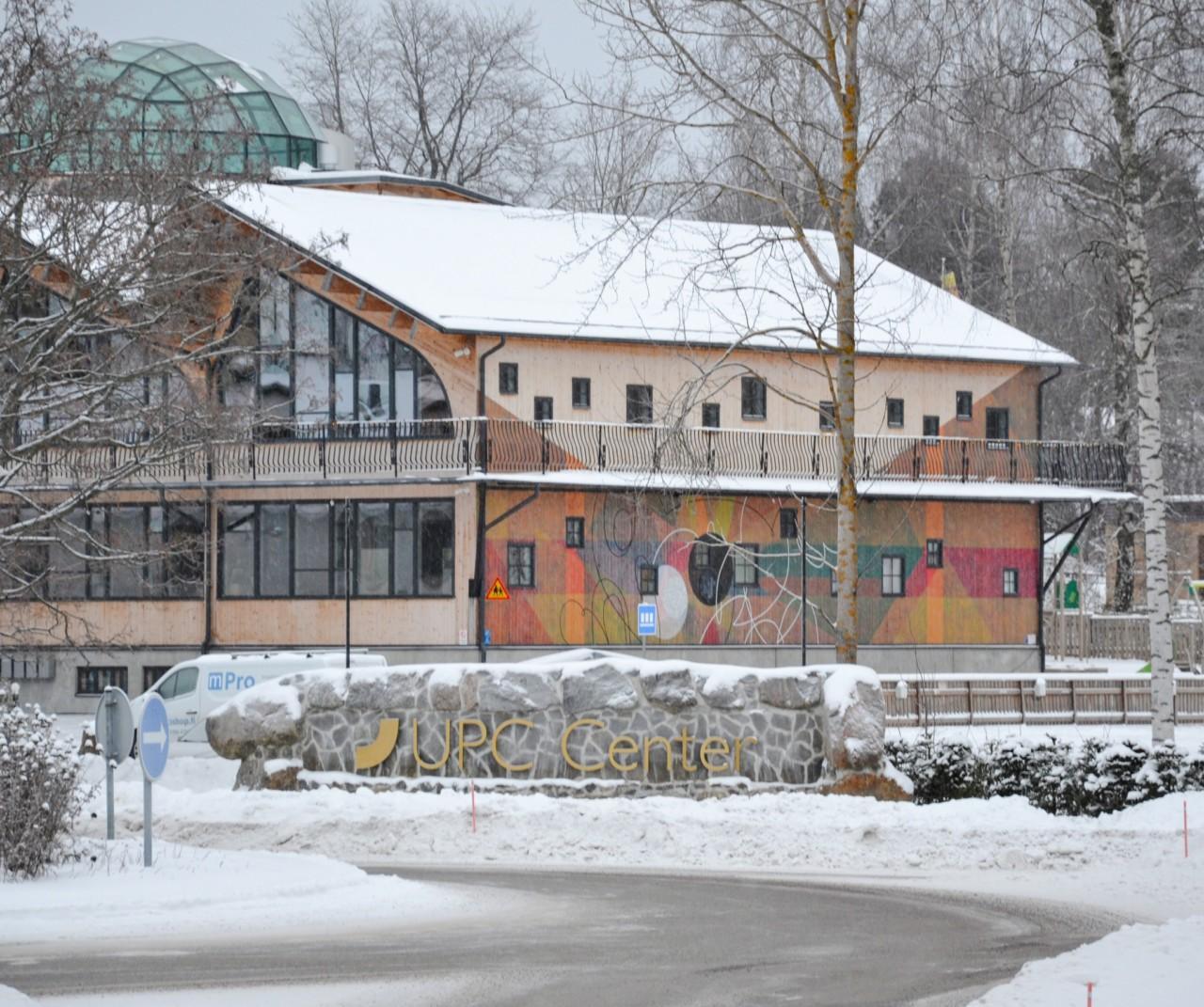 The mural painting rapresents the genesis of an idea… the Idea! That moment before being understood, in a still indefinite and abstract space, full of creative tension. An ode to intuition and to that precise moment, when our thoughts meet and click, making it all start.

The vivid abstraction of colors will convey the creative tension that arises in our mind, therefore in a space without coordinates or limits. It also accompanies and emphasizes the meeting of its main subjects, such as trails of energy and tails of vitality… in a fluidity of impulses and stimuli. The black and white circle symbolically represent the unconscious and consciousness, while the figurative and realistic part is left to the internal cores: a tribute to the human being and beyond, through the expressive use of carbon and water.

From the encounter, from the collision, intuitive impulses arise which, depicted as lines, begin to tangle and dance together, generating the idea.

The title is inspired by a common but, in our opinion, clear and brilliant word, of the moment when something clicks… it happens… it engages. It can be an encounter, a mechanism, an action/reaction of a different nature. A certain moment, in which two entities meet and, from their clash, union, fusion, something new is born… something more.

Basically, it is a simple, direct, overwhelming visual tribute to intuition, to probability… to creation.