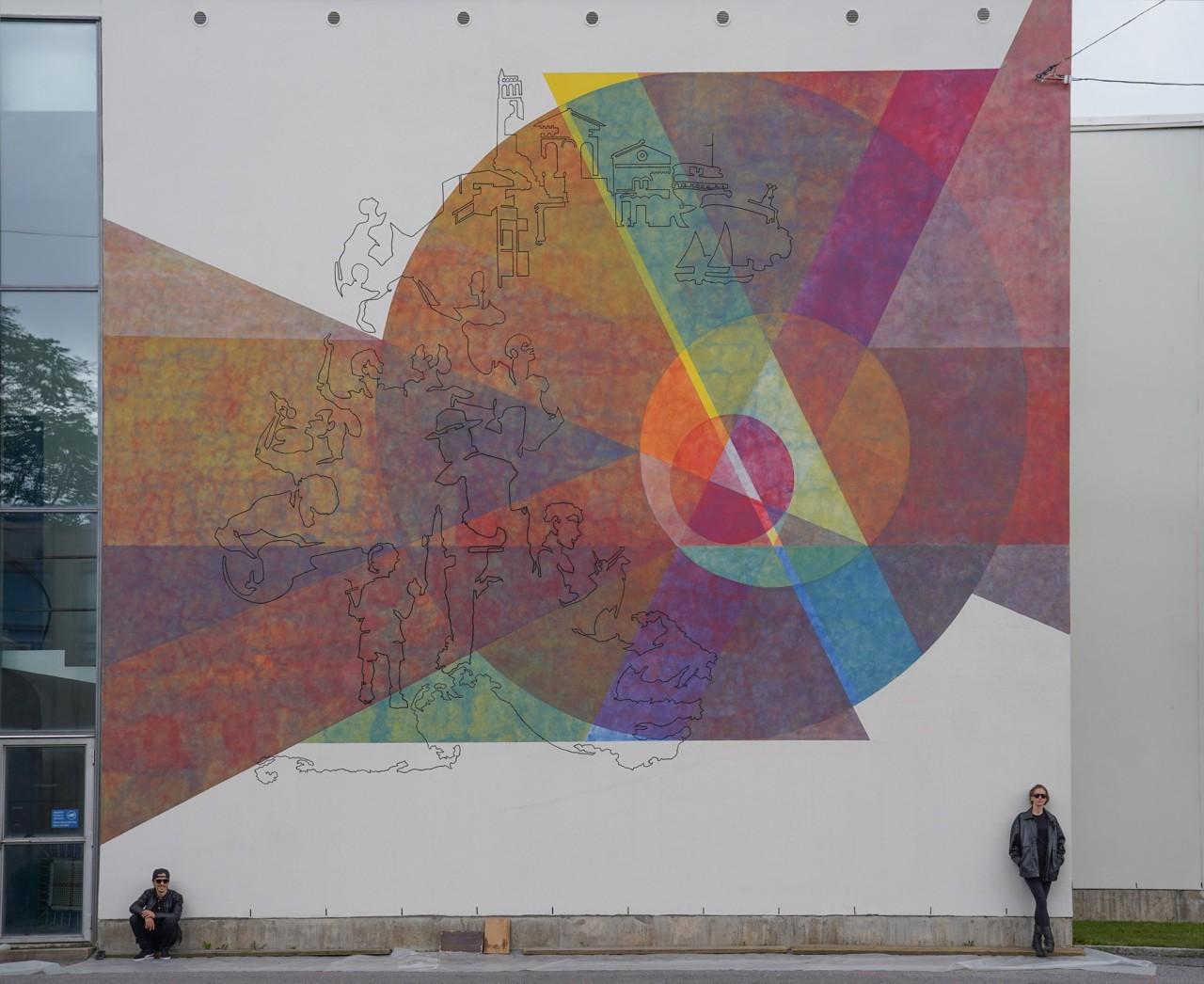 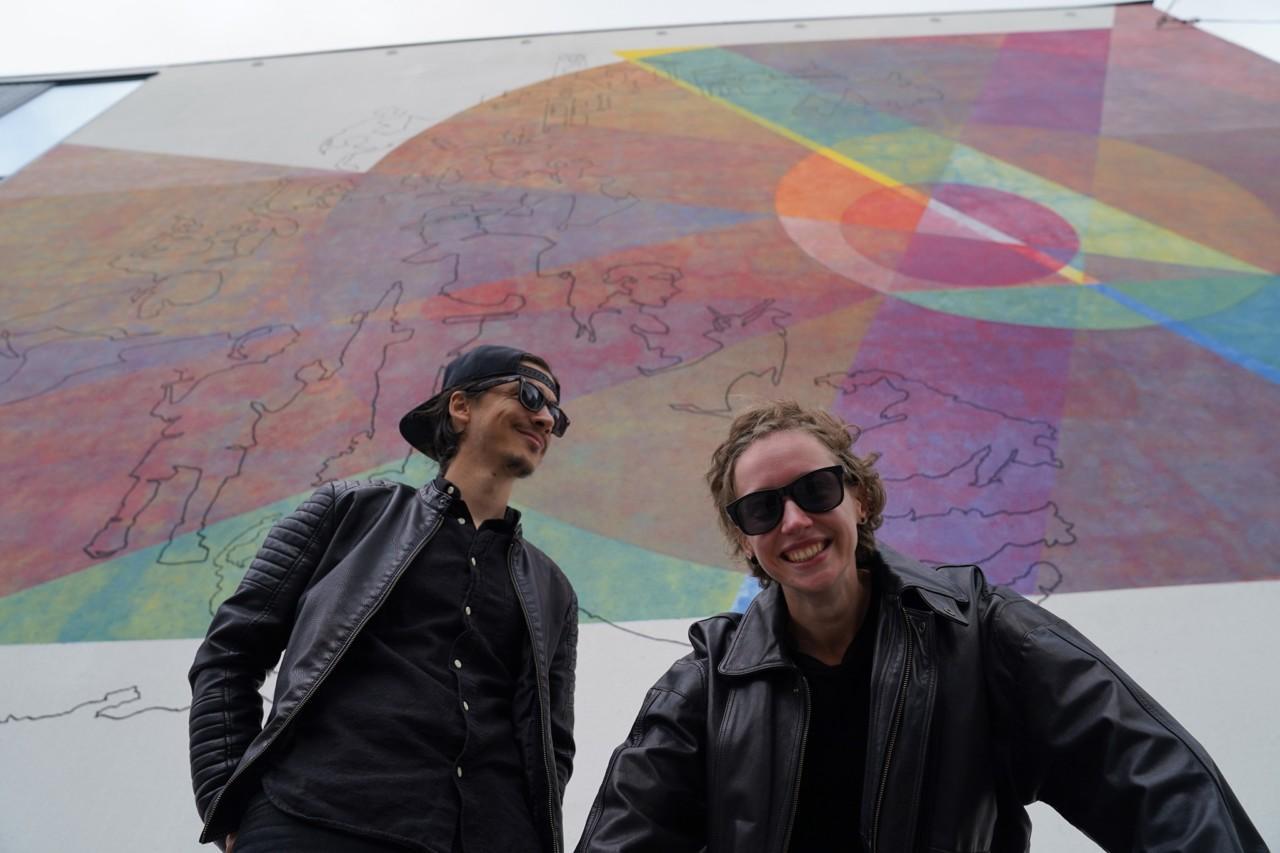 The mural was performed by artists Bekim Hasaj and Valentina Gelain. The work, which celebrates the Night of the Arts, gathered thoughts in advance from the people of Vaasa about what the Night of the Arts means to the citizens. The thoughts served as an inspiration and some of them were included in the work, where you can see human figures and familiar buildings and places from the city. The geometric composition and the use of primary colors superimposed are distinct characteristics of Bekim Hasaj’s artistic practice. Valentina Gelain, on the other hand, uses an uninterrupted line to create a city scene of the ’Night of Arts’.